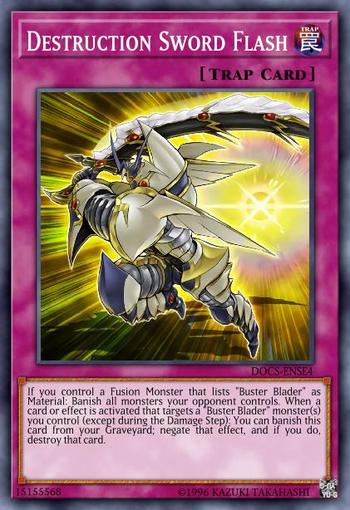 If you control a Fusion Monster that lists "Buster Blader" as Material: Banish all monsters your opponent controls. When a card or effect is activated that targets a "Buster Blader" monster(s) you control (except during the Damage Step): You can banish this card from your Graveyard; negate that effect, and if you do, destroy that card.