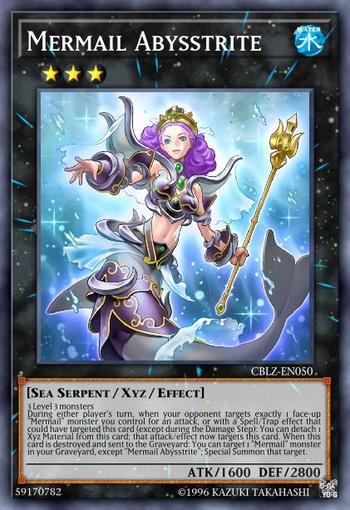 3 Level 3 monsters
During either player's turn, when your opponent targets exactly 1 face-up "Mermail" monster you control for an attack, or with a Spell/Trap effect that could have targeted this card (except during the Damage Step): You can detach 1 Xyz Material from this card; that attack/effect now targets this card. When this card is destroyed and sent to the Graveyard: You can target 1 "Mermail" monster in your Graveyard, except "Mermail Abysstrite"; Special Summon that target.