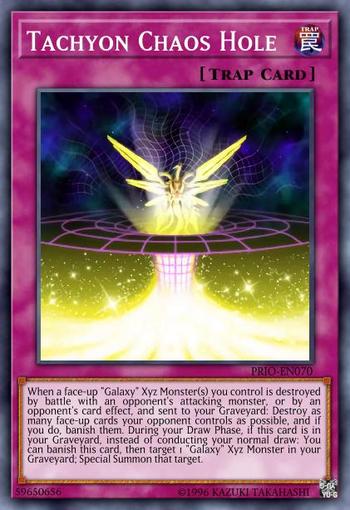 When a face-up "Galaxy" Xyz Monster(s) you control is destroyed by battle with an opponent's attacking monster, or by an opponent's card effect, and sent to your Graveyard: Destroy as many face-up cards your opponent controls as possible, and if you do, banish them. During your Draw Phase, if this card is in your Graveyard, instead of conducting your normal draw: You can banish this card, then target 1 "Galaxy" Xyz Monster in your Graveyard; Special Summon that target.