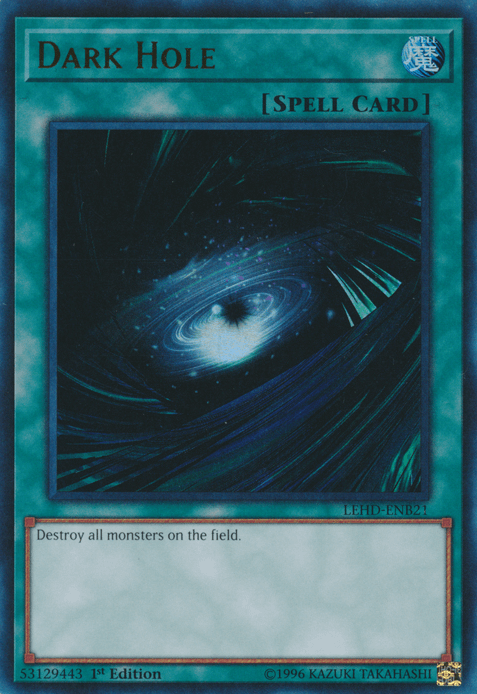 Powerful Spell Cards
A lot of very powerful Spell Cards have been forbidden from Advanced Format tournament play for a long time. An example is "Pot of Greed". In some cases, Konami has released similar Cards with less powerful or more restrictive Effects to serve as replacements for some of these Forbidden Cards. For instance, "Pot of Greed" has been replaced by the weaker "Pot of Desires", which provides the same bonus as "Pot of Greed" but comes with a high activation cost.

There are six different types of Spell Cards