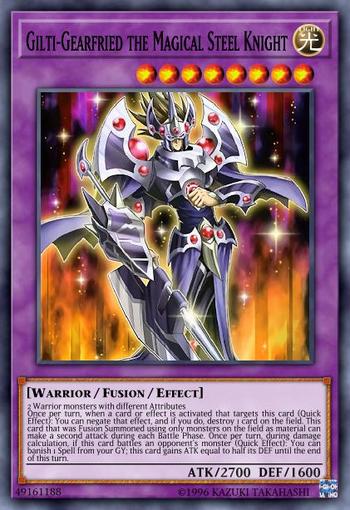 2 Warrior monsters with different Attributes
Once per turn, when a card or effect is activated that targets this card (Quick Effect): You can negate that effect, and if you do, destroy 1 card on the field. This card that was Fusion Summoned using only monsters on the field as material can make a second attack during each Battle Phase. Once per turn, during damage calculation, if this card battles an opponent's monster (Quick Effect): You can banish 1 Spell from your GY; this card gains ATK equal to half its DEF until the end of this turn.