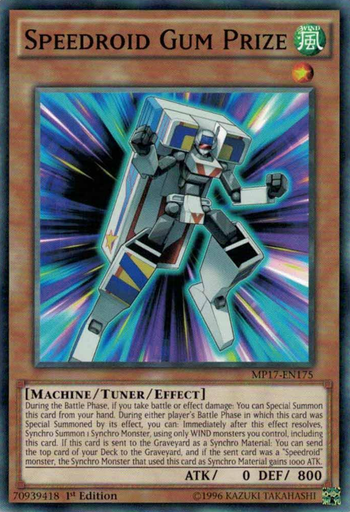 During the Battle Phase, if you take battle or effect damage: You can Special Summon this card from your hand. During either player's Battle Phase in which this card was Special Summoned by its effect, you can: Immediately after this effect resolves, Synchro Summon 1 Synchro Monster, using only WIND monsters you control, including this card. If this card is sent to the Graveyard as a Synchro Material: You can send the top card of your Deck to the Graveyard, and if the sent card was a "Speedroid" monster, the Synchro Monster that used this card as Synchro Material gains 1000 ATK.